Yesterday marked the second day of the highly anticipated February Fair of the University of the Philippines Los Banos (UPLB). Last night’s theme was ‘Kabataan para sa Hustisyang Panlipunan’. The crowd was bigger last night compared to the first night of the fair due to the more favorable weather condition.

the night had kicked off with the Student Christian Movement of the Philippines (SCMP) followed by ANAKBAYAN’s program, with rapper Putho, performing on stage and Diego Torres’s speech on the Save Laguna Lake Movement (SLLM) as he urged the students to be one with the SLLM, a movement against the Laguna lake road dike and its commercialization.

Furthermore, the night was warmed up with the exciting performances from Tres Marias Band and Natyalila Saulo. 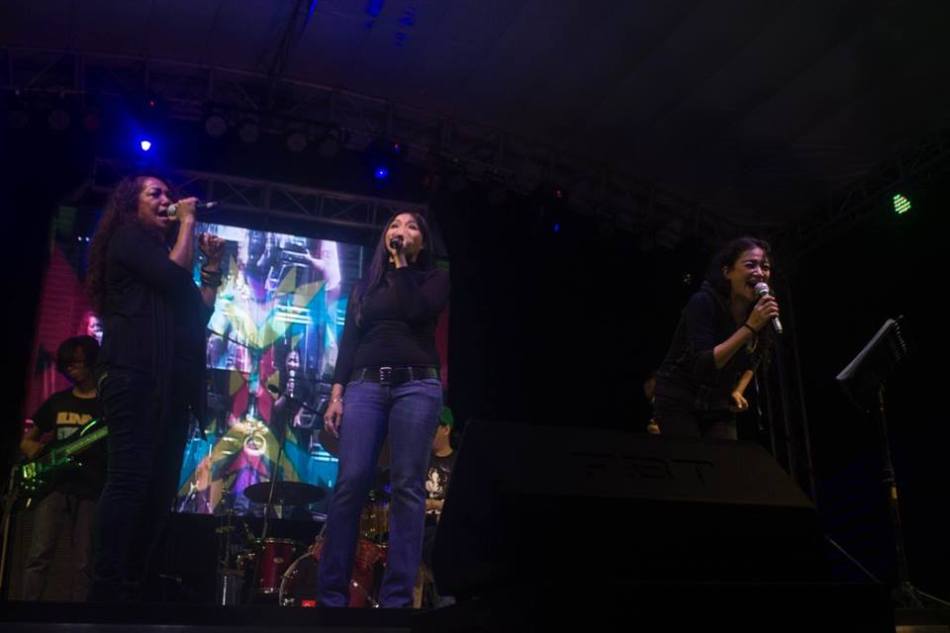 Ebe Dancel took over the stage after Natyalila, igniting the crowd’s cheers with his former band, Sugarfree’s hit single, “Makita kang Muli,” followed by his other songs.

Dancel’s performance was shortly followed by Gloc-9—the last performing artist for the night.

Gloc-9 singer expressed how pleased he was to be invited to play in the UPLB Feb fair. “Sobrang excited talaga kami pumunta dito sa Elbi. Sa sobrang exicted nga namin, alas dose ng tanghali pa lang nandito na kami eh,” We were really excited to come to Elbi. Because of our excitement, we were already here since 12 noon.

It ended with a duet between Gloc-9 and Ebe Dancel, rendering the students with their famous collaborated single, Sirena, followed by a tribute to Francis Magalona in which they sang “Kaleidoscope World.”

The exciting acts of Day 2 of the Feb Fair were not the only anticipated events of the night. The Feb Fair also featured performances from UPLB Wyre underground and the top 7 of UPLB Development Communication Society’s (UPLB DevComSoc) Star in Carillion XIII.

Tiffany Candelaria, Benj Quijano, Anna Del Roasario, and Marie Lorenzano were announced as the top four of Star in Carillion XIII and will be moving on to the next round.

More band performances from Never the Strangers, Oh Flamingo, and Spongecola are anticipated until the last day of the fair.

The UPLB administration, particularly Prof. Genaro A. Cuaresma, Assistant to the Vice Chancellor for Community Affairs, impended the University Student Council (USC) to cut off the electric power, therefore shutting down the whole fair if the programs extends past its curfew.

The administration reasons out that the surrounding dormitories will be disturbed if they let the program run.

They also said that the USC’s permit indicated that the program for the fair will only last until 12 midnight.

However, on Wednesday, February 10, the program ended at past one in the morning.

USC still encourages students to attend the fair despite the threats of power cut-offs.  [P]