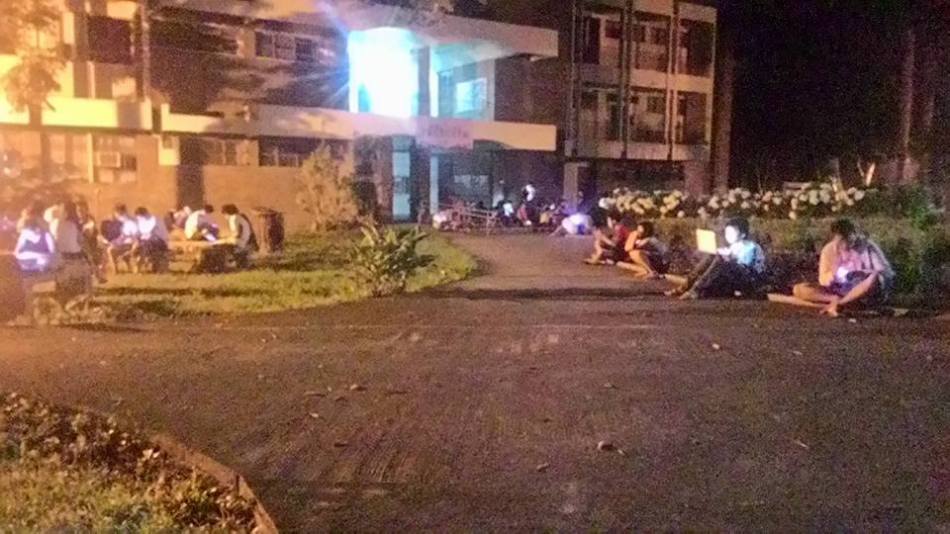 It was destined to fail.

The Student Academic Information System (SAIS) implementation in the current UPLB’s registration system led to students going to the campus by 10 PM this July 30 with hopes to access the site as some students attest that it can be opened faster using the UPLB wifi.

It was later confirmed by the University Student Council through the SAIS team that access is better using UPLB’s internet connection. The post has then received violent reactions from students.

Amidst safety concerns within the campus due to the recent rape incident, curfew was lifted in front the Physical Sciences building in order for students to access the SAIS site.

As of 12:31 AM, July 31, around 200 students were gathered in the Physical Sciences Building trying to enlist their subjects using the UPLB wifi.

“The USC is trying its best to help out the students. We have been coordinating with the OUR and the SAIS team. We have been monitoring the SAIS group round the clock
Right now, some USC members are stationed at physci to monitor and check on the students there as well. We are trying our very best to address all the concerns of the students. Nahihirapan din naman kami kasi medyo hindi buo or malinaw yung information na binibigay nila at times when we have queries sa OUR or sa SAIS team.
Nakapag labas na ang USC together with other college student Councils ng statement regarding SAIS. Sana mapansin na ng admin at marealize nila ano na ang nagyayari. Napansin na tayo ng ibang tao at media, sila wala pa ring ginawa,” USC Councilor Sairah Mae Saipudin said in an interview.

A student was blocked by the University of the Philippines Twitter account (@UPLBOfficial) for calling them out on the social networking site for reposting Instagram posts instead of helping students amidst the registration debacle. 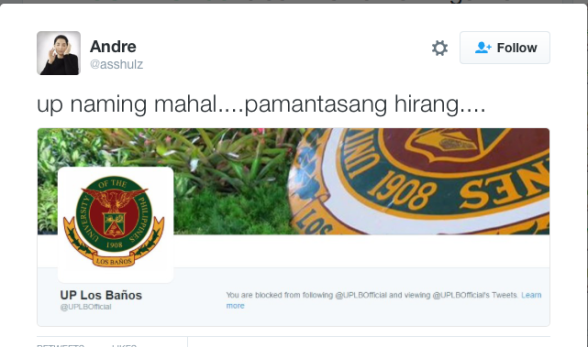 The UPLB Twitter account managed by the Office of Public Relations (OPR) has since been asked to comment about the issue. The publication hasn’t received any reply yet as of 12:59 AM, July 31. [P]

4 comments on “#JunkSAIS: Student gets blocked by @UPLBofficial for calling them out”