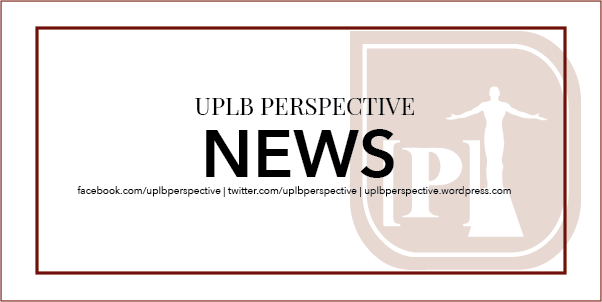 Unlike previous UPLB University Student Council (USC) elections, this year’s candidates for the USC positions, except for the college representatives and an independent councilor, are from one political party only.

Candidates that filed candidacy for the positions of USC chairperson, vice-chairperson, and councilors are all under Samahan ng Kabataan para sa Bayan (SAKBAYAN). No candidates from BUKLOD-UPLB filed for the said USC positions.

While BUKLOD-UPLB is not fielding any candidates for the USC positions and other CSC positions, the political party has a slate for the College of Arts and Sciences (CAS) student council polls sans the councilors. Patricia Isabel Leron, Landcel Clarence Arcedo, and Vince Harvey Juan of BUKLOD-UPLB all filed candidacy for CAS representative, chairperson, and vice-chairperson, respectively.

As the SAKBAYAN standard bearers and most of the candidates for the CSC top positions run unopposed, the unopposed candidate, to be declared as an election winner, should win against the abstain votes by garnering at least fifty one percent of the total votes as per the new CEB ruling. Unopposed candidates who failed to obtain the required fifty one percent of total votes will not be acknowledged as winners.

In cases where there is no apparent winner for a specific position due to either a loss to abstain votes or a tie, a snap election must be conducted immediately on the following semester after the election (1st Semester A.Y. 2018-2019) as per the new CEB ruling.

Moreover, a snap election for the chairperson position in the College of Development Communication (CDC) is expected to take place on the following semester after incumbent CDC councilor and unopposed CDC chairperson candidate Albert John Enrico Dominguez withdrew his candidacy.

In a letter submitted to the CEB on March 26, Dominguez cited personal matters as the main reason for his decision to withdraw his candidacy. The following day, March 27, the CEB approved the candidacy withdrawal of Dominguez.