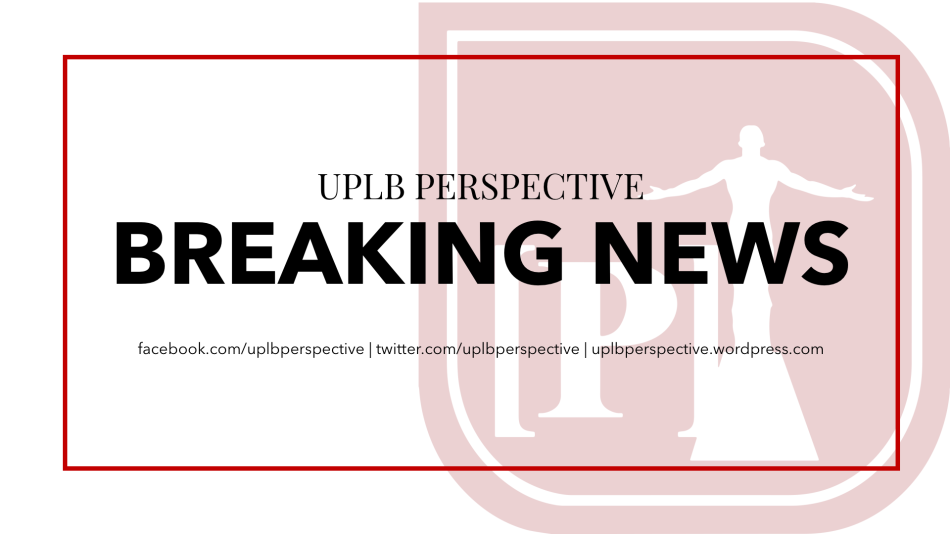 Angelo S. Claveria, Sandra Lyn M. Dorington, and John Ludwig N. Valle are charged with damaging University property in violation of Section 2 (j) of the Rules and Regulations on Student Conduct and Discipline for damages on the Main Library door after the students militantly asserted for a dialogue with Chancellor Fernando Sanchez who, for many times, failed to personally sit down with the University Student Council (USC) and the students’ in a formal dialogue.

The First Day Rage protest on August 2, 2017 was held to address the hiatus in the registration of the First Semester of Academic Year 2017-2018 after the confusion brought about by the series of memos released prior the start of the first semester regarding the suspension of tuition fee collection.

On July 24, 2017, the UPLB Office of the Vice Chancellor for Academic Affairs (OVCAA) released a memo announcing the suspension of tuition fee collection “until further notice” however, on July 31, a few days before the start of classes in UPLB, the Office of the UP President released a memo saying that UP shall use the Socialized Tuition System (STS) for Academic Year 2017-2018.

UPLB students on the first day of classes marched to the Main Library demanding for a dialogue with Chancellor Sanchez. Sanchez, however, left for a meeting with Commission on Higher Education (CHED) and had Vice Chancellor for Academic Affairs Portia G. Lapitan address the students outside the Main Library in an informal dialogue. Lapitan deserted the students in the middle of heated debates  on free tuition and registration concerns.

The students then, asserted for a formal dialogue given that there are concerns such as the late release of STS results, how the students and their parents would have to find means to pay for tuition after expecting no tuition collection for the semester, and the faulty registration system, Student Assistance and Information System (SAIS), among others. However, the University Police Force (UPF) and the Community Service Brigade (CSB) formed a barricade to block the Main Library entrance.

Tension between the students and the UPF and CSB ensued after the students werepromised entrance to the Main Library for a formal dialogue and was made to wait only for them to be once again denied entrance. After successfully getting into the main library which caused the broken library glass door, students reiterated their concerns regarding the registration and argued that free education in State Universities and Colleges is possible, citing studies on income generating projects by SUCs.

It was on that same semester when University of the Philippines stopped collection of tuition fee followed by President Rodrigo Duterte’s signing of the RA10931 or the Universal Access to Quality Tertiary Education Act on August 3, 2017 after decades long pressure from student, youth, and progressive groups.