As billions struggle to live during the COVID-19 pandemic, those who have exerted efforts in lending helping hands face another threat lingering in the shadows: red-tagging.

Red-tagging is an act of affiliating people with the Communist Party of the Philippines-New People’s Army-National Democratic Front of the Philippines (CPP-NPA-NDF), despite bearing little to no pieces of evidence. They can be in the form of death threats or detainment sent by radical pro-government parties, and can be life-threatening due to the weight of accusation.

In the lockdown alone, students from the University of the Philippines Los Banos (UPLB), and even those affiliated with volunteer group Serve the People Brigade (STPB) Task Force CURE, have received threats from unknown senders, praying for their doomed fates. Days have passed, and while the students have to endure the stress of the lockdown, the ominous threats continuously haunt them.

Perhaps even more troubling is how state agents would also commit to this practice.

The National Task Force to End Local Communist Armed Conflict (NTF-ELCAC) released a video last May 10. Although the said video featured statements from individuals that declare progressive organizations to be “fronts” and “recruiters” of the CPP-NPA-NDF, a student demonstration in UPLB’s Carabao Park was made to look as an example of possible insurgency in the video.

Defend UPLB, on this matter, contended that students who appeared in the demonstration might be wrongfully labeled as communists and be put at risk. The alliance even claimed that the NTF-ELCAC used this video to brand UPLB students and organizations as part of what the task force referred to as “communist terrorist groups”. Jasper Sunga, head of the UPLB University Student Council (USC), condemned that these should not be tolerated as it puts the lives of people [progressive or not] in danger.

Defend UPLB added that students and communities expect institutional leaders to safeguard student security and academic freedom. “To trample this would be to trample our human right of expression and free experience of democracy,” they added.

“What I demand now is for the UPLB admin to back up their students. To recognize us and legitimize our efforts. Para maka-dagdag sa pag-eensure ng safety ng mga students in the frontlines.” USC Councilor Gelo Aurigue said.

Recently, the national government passed the Senate Bill 1038, also known as the Anti-Terrorism Bill, in its third and final reading. Under this, the broad definition of terrorism would make it easier for anybody to be arrested and imprisoned for 14 days, with a possible extension of 10 days. A 60-day surveillance of the military or police will be mandated to conduct the program with an allowance of 30 days.

With this, red-tagging can become more prominent, but what did students have to endure in the lockdown?

On the same day, the threats would continue even on Twitter, with the user, now identified as “Chloe Cruz” saying that there are many of them involved, while citing that it would be a shame, since the student in question is beautiful. 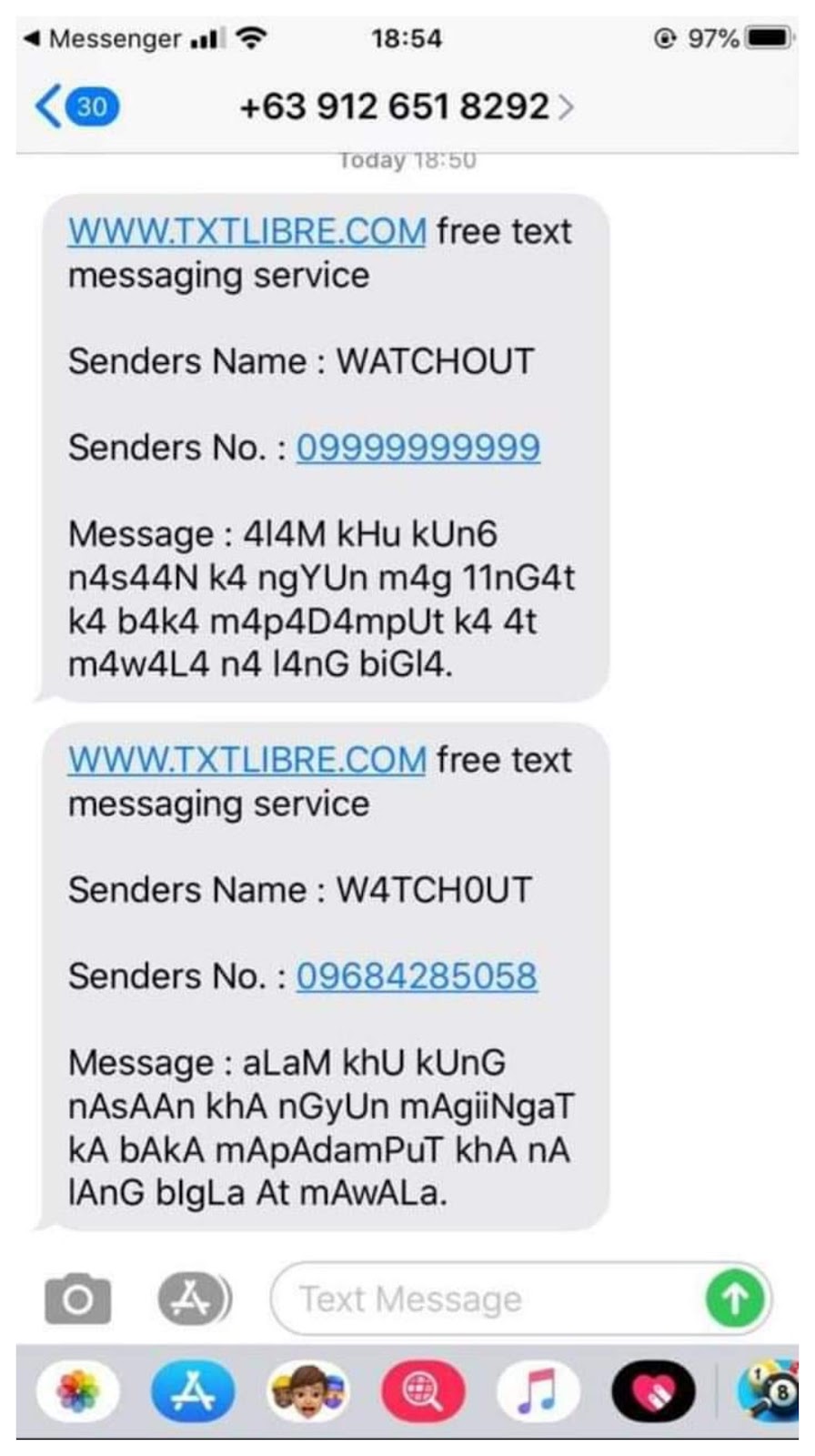 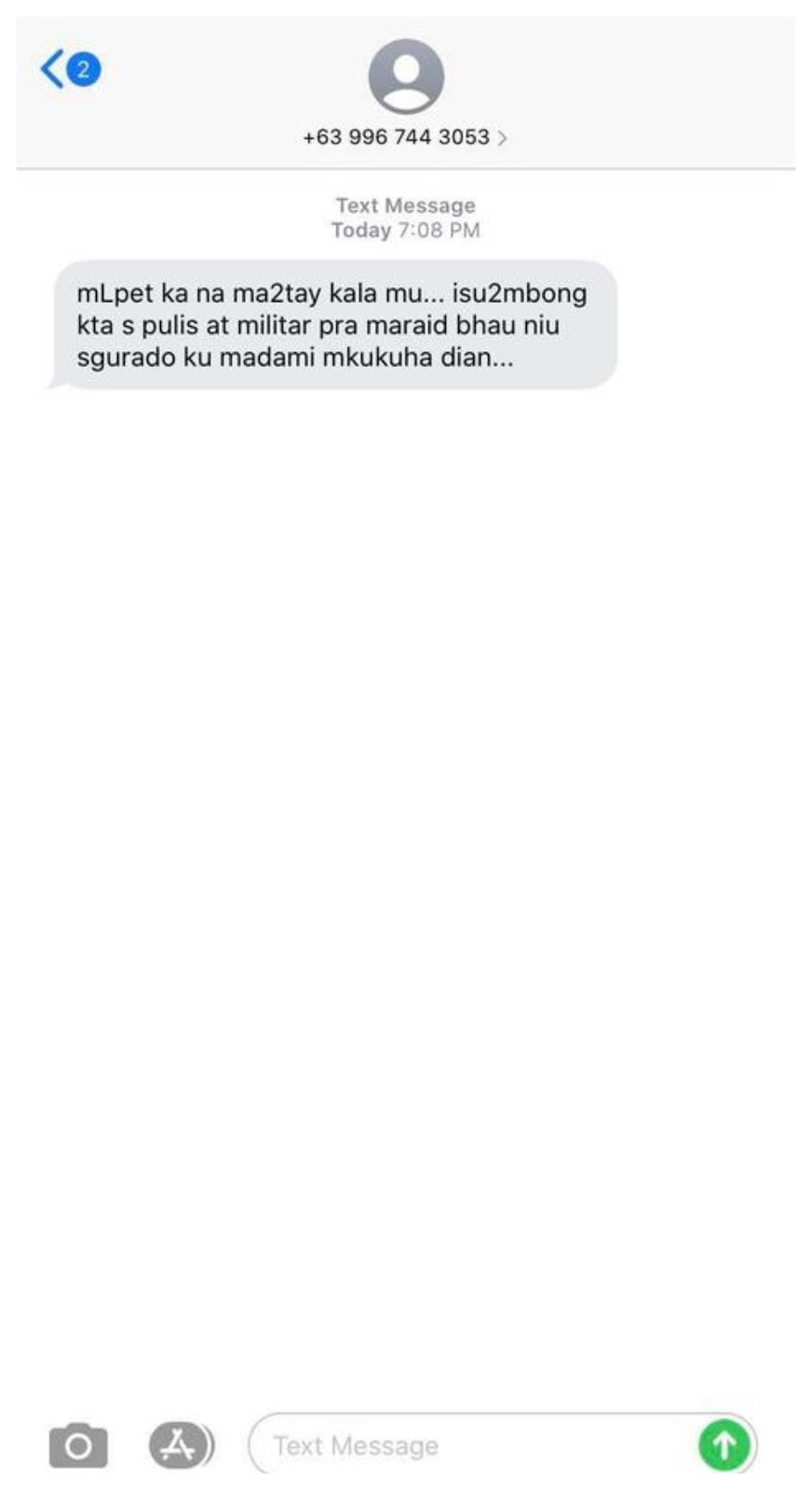 5 comments on “Crackdown in the lockdown: A timeline of ECQ death threats”