Screenshots have surfaced that Ray Biñas, the volunteer of Defend UPLB who received a death threat bearing the alliance’s hotline, is allegedly affiliated with the Manila Police District (MPD) Crime Laboratory Office. 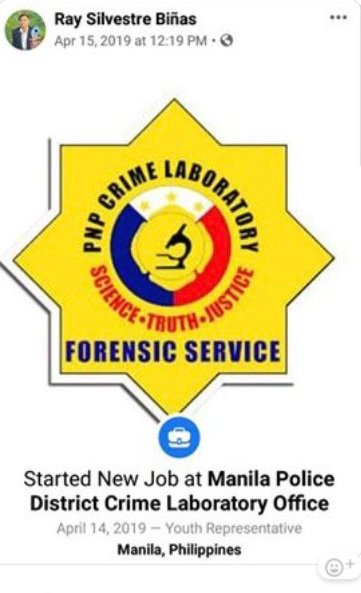 In a June 8 screenshot of his profile, it can be seen that the Biñas was affiliated with the MPD Crime Laboratory as a “Youth Representative”, starting April 14, 2019. He had this information on his Facebook profile on until June 9, when he removed his list of affiliations on social media.

Biñas was also seen tagged on a Facebook post by the MPD Crime Laboratory Office featuring a feeding program by the said office at Luneta last May 10, 2019. 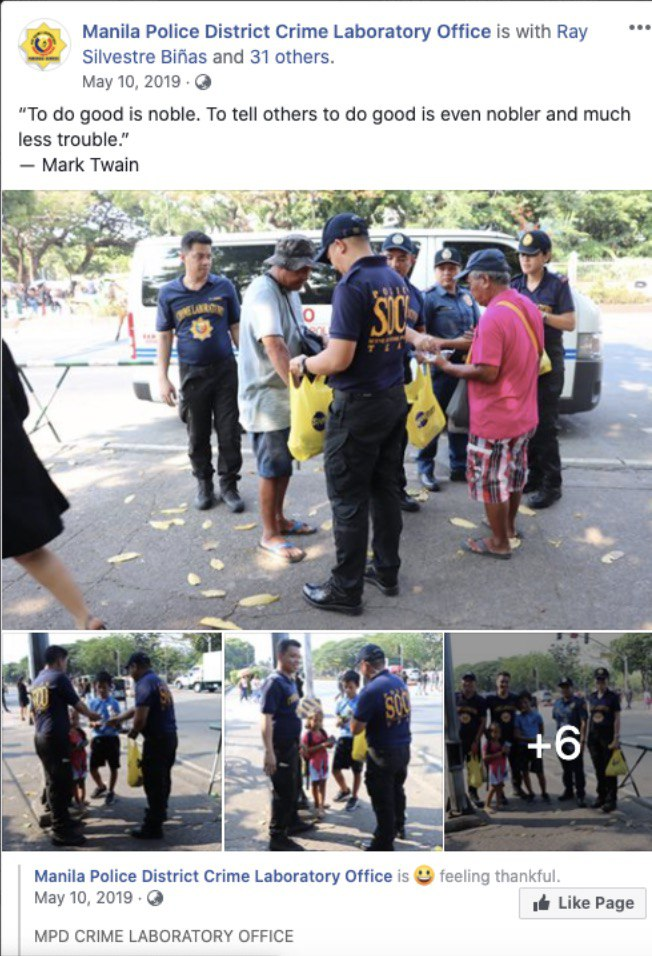 A LinkedIn profile matching some of Biñas’ Facebook information had also shown that he works with the “Manila Police Department”; the profile is yet to be verified by him.

The Perspective is currently trying to reach out to him to verify this information. As of press time, Biñas and the Crime Laboratory Office are yet to confirm his affiliation with the MPD. [P]