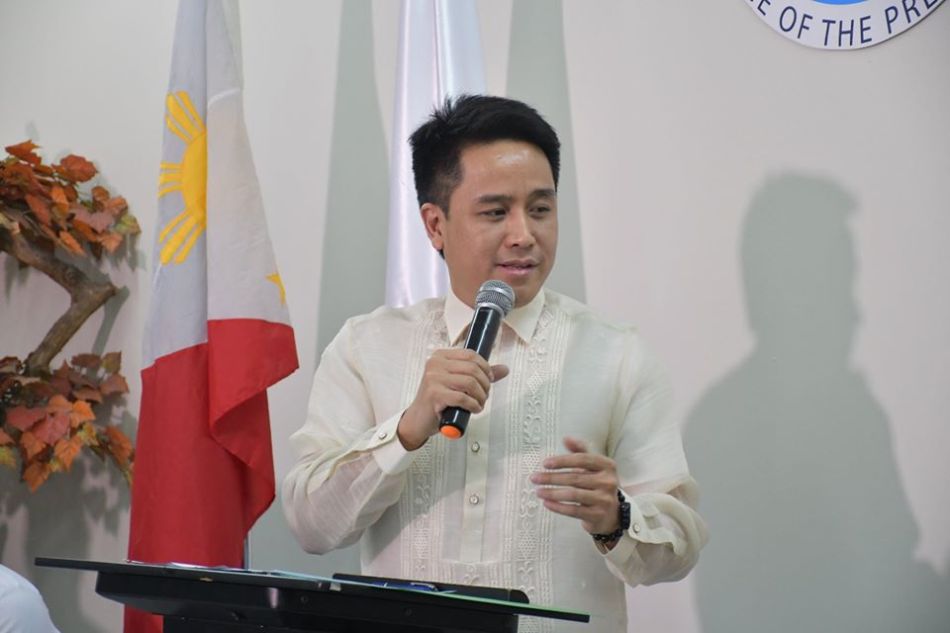 The NYC chair supports the Anti-Terror Law — exemplary of his being in tune with the Duterte administration than the youth, his supposed constituents

Several youth organizations and councils from all around the Philippines are demanding National Youth Commission (NYC) chairperson and chief executive officer (CEO) Ryan Enriquez to resign from his post for ‘misrepresenting’ the Filipino youth and ‘incompetent leadership’ as the top government official, who supposedly ‘failed’ his mandate to advance youth interests.

A nationwide petition has also been launched urging the office of President Rodrigo Duterte to fire Enriquez immediately, citing his “silence and inaction” on the COVID-19 pandemic, his support for the Bayanihan to Heal as One Act and the recently signed Anti-Terror Law, among others.

In a unity statement, the signed youth organizations and student councils slammed the NYC for not consulting them, as their primary constituents, before releasing a statement supporting a legislative measure granting Duterte additional powers in battling the pandemic.

“For an agency claiming to be the ‘voice and advocate of the youth,’ NYC Chairperson Enriquez’ statement that did not go through any form of consultation with youth stakeholders or other NYC officials,” they said.

Instead of addressing a legitimate concern, Enriquez reportedly threatened the NYC Employees Association (NYCEA) Board with a disciplinary action for ‘misconduct and insubordination’ through a memorandum. (LOOK: bit.ly/EnriquezMemo)

Meanwhile, Student Council Alliance of the Philippines (SCAP), the largest formation of student leaders in the country, wrote on June 17 an open letter to Enriquez questioning the commission’s now-deleted Facebook post, saying that Maria Ressa is “GUILTY AS CHARGED,” after Judge Rainelda Estacio Montesa convicted her and a former Rappler writer of cyber libel. They also called out NYC’s “failure” to assert relevant youth issues amid the pandemic.

“The NYC is the government’s sole policy-making body on youth affairs. It is mandated to recognize the role of the youth in nation-building and encourage their involvement in public and civic affairs. Instead, it has become a propaganda machine for the Duterte administration. It has failed to speak up on issues involving the youth sector such as online classes, unemployment, mental health, and even the COVID-19 crisis,” they wrote.

The NYCEA also backs the youth sector in holding Enriquez accountable. On May 21, they sent a letter to Duterte, reporting in detail all his ‘abusive’ acts as chairperson.

Employees accused Enriquez of abusing his post after he revoked Commissioner Laurence Anthony Diestro’s designation as the Officer-in-Charge of the Executive Director, allegedly due to a disagreement.

However, NYCEA said that several commissioners manifested that the decision was only a Commission Resolution; thus, it cannot be valid since it has to be decided by members of the Commission Proper.

“[The NYC] has become a propaganda machine for the Duterte administration. It has failed to speak up on issues involving the youth sector such as online classes, unemployment, mental health, and even the COVID-19 crisis.”

Statement of Student Council Alliance of the Philippines (SCAP)

They also wrote how Enriquez sent a memorandum to Commissioners James Caesar Ventura and Paul Anthony Pangilinan asking them to vacate their posts due to their “expired terms of office.”

However, the said memo is contrary to the “opinion from the Office of the President dated September 30, 2005 citing a relevant Supreme Court ruling that the Commissioners with expired terms are entitled to holdover capacity,” the association said.

In another fiasco, Enriquez reportedly sent another memo to Ventura and Pangilinan, stating his reservation in releasing the 2020 mid-year bonus for the commissioners and their staff on the grounds, again, of expired terms.

Violation of security of tenure, harassment

The commissioner also reassigned the Communications Unit from Social Marketing Division (SMD) to Office of the Chairperson and CEO. NYCEA said that “no consent was secured from the concerned NYC personnel,” which brought emotional stress to affected units, and eventually prompted an employee to resign last November 2019.

On top of that, NYCEA accused Enriquez of threatening employees, with a remark saying “kaya naming magpatanggal ng tao dito,” which they deemed as a ‘threat to security of tenure.’

Meanwhile, in a September 2019 meeting on the contentious reassignment of units, Enriquez allegedly warned two employees and said “ipapatanggal namin kayo kapag hindi kayo sumunod,” after they expressed their hesitation to be transferred, the association wrote.

Majority of the members of the Commission Proper have also affirmed their support for  NYCEA’s demand for “competent leadership in the agency.”  [P]