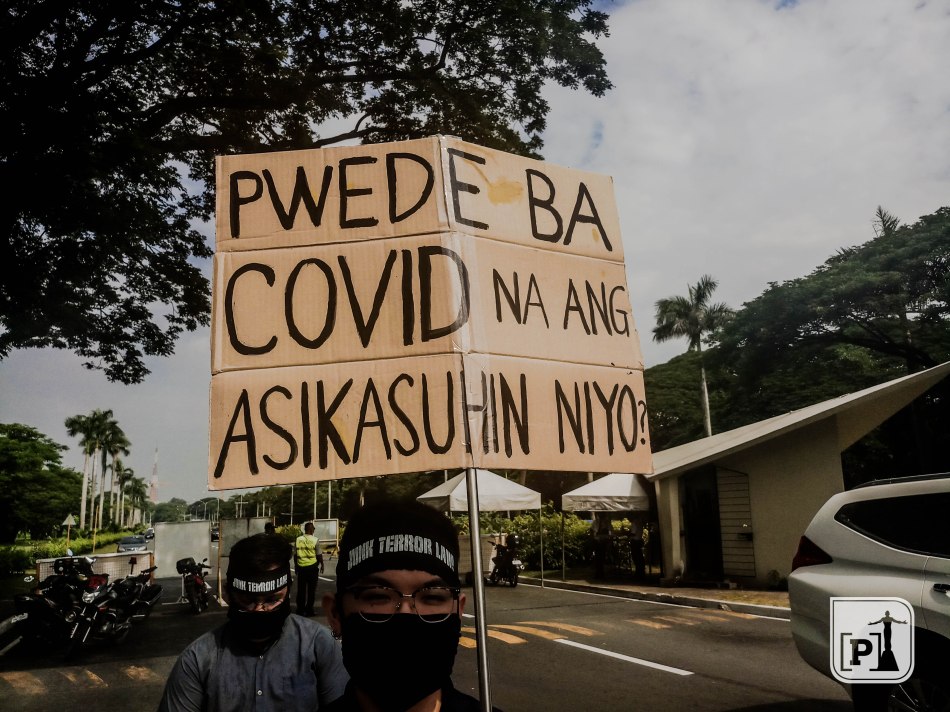 After enduring four months of lockdown—the longest in the world—Filipinos are yet to receive concrete plans by the government on how to prevent the spread of COVID-19. Until now, cases of people being infected by the coronavirus disease are increasing. In fact, the Philippines currently has surpassed China—where the virus originated— in terms of case tally.

The lack of urgency of the Duterte administration isn’t helping. Despite the clamoring of Filipinos for efficient and streamlined medical solutions, the Duterte regime chose to implement militaristic policies to “scare” and “discipline” the Filipinos, eventually blaming them should they get infected. Despite the calls for free mass testing, the government resorted to playing dumb saying that “we can’t test all citizens.”

But what exactly is testing?

Testing is done to determine whether a person is infected with the virus. Especially since not all who are infected exhibit symptoms, testing is deemed essential in determining the number of active cases in the country to help decide on policies that can address the pandemic.

There are two types of tests to determine whether an individual is infected with the Coronavirus disease, according to Johns Hopkins University

The Viral Test or the real-time Polymerase Chain Reaction (RT-PCR) tests look into active infection via oral or nasal swab tests. However, PCR tests do not determine whether an individual has been infected in the past. These tests are expensive and take a longer confirmatory time.

Meanwhile, the Serology Tests or Rapid Testing (RT) look into the blood samples of patients. It determines whether the patient was exposed to certain pathogens by looking at the antibodies. These tests are cheaper and yield faster results. The downside, however, is it is less accurate and can lead to false positives. Medical experts do not recommend these types of tests for diagnostics as it is a waste of resources. RT-PCR tests should remain the standard, Dr. Eddie Dorotan of Action for Economic Reform said.

Can we attribute the testing in the Philippines to the seemingly ineffective policies of the government?

As backlogs keep piling up and inaccurate data from Local Government Units (LGUs) continues to be a problem, it is baffling how the Inter-Agency Task Force (IATF) decides on policies. The fluctuation of Metro Manila to Community Quarantine types only confused the citizens.

30,000 tests are being done each day as of July, Presidential Spokesperson Harry Roque said. The increased capacity of tests, he added, is the reason why the number of cases is increasing.

While it may be true that increased testing results in increased cases, more factors contribute to such high numbers. The testing being done remains lacking, ineffective, and inaccessible.

The majority of the testing that is at least accessible to the masses being done in the country is through the Rapid Test Kits, as it is endorsed by Duterte’s economic adviser to screen workers. Most of which are donations. In March 2020, the Department of Health (DOH) received a donation of test kits from China. However, days later the DOH recanted its statement that the test kits came from China but private entities after seeing that the donated test kits were faulty.

Moreover, as the Philippines plunge into deeper debt, more test kits are being bought from foreign countries. Meanwhile, the test kits developed by the University of the Philippines (UP) which are cheaper and more accurate are sidelined.

When Senator Francis Pangilinan questioned the patronizing of imported test kits instead of the homegrown test kits, he was met with a tirade of curses thrown by Foreign Affairs Secretary Teodoro Locsin Jr., alleging that the imported ones are much more efficient.

This exchange, along with Roque’s challenge to UP, and the continuous red-tagging of critics, not to mention the lack of comprehensive health programs, makes it look like the government’s enemy is UP, and not COVID-19.

Why should we continue to call for mass testing?

The people who need the tests more ironically have a hard time obtaining test kits. In Antique, Iza*, a doctor on duty since the start of quarantine, has not yet received testing despite handling symptomatic patients.

Recently a printing shop was raided by the police for printing counterfeit negative COVID results which are needed for job placements.

As COVID patients surge and the economy is forced to operate, the need for testing will surpass the testing capacity of the country.

More health workers will contract COVID and unknowingly be a carrier; more counterfeit medical certificates will emerge; worse, a paralyzing paranoia will continue to haunt the less fortunate Filipinos who have little to no access to the expensive test kits available in the country.

Currently, there is a huge disparity between the prices of tests in the Philippines with the imported RT-PCR costing an average of 3,000 to 8,000 PHP while the inferior RT ranges from 400 to 700 PHP.

While Filipinos are forced to go outside despite Stay-at-home calls to make ends meet, the expensive costs of testing will continue to add to their problems, prompting them to opt-out to get tested.

This, perhaps, is the most dangerous wait in history. As Filipinos wait for the government to heed their call to provide free mass testing, countless families will continue to suffer.

There should be no delays, no room for error regarding health concerns. A citizen not tested is a potential carrier whether symptomatic or not and delaying the testing will only speed up the transmission of the disease and the collapse of the nation’s health care system. Contact tracing can only do so much without testing.

If we are to continue with the “We-Heal-as-One” campaign, inclusivity shall be the key. And inclusivity in policymaking shall be satisfied with equal opportunities and access for all. Such is the purpose of the call for a free mass testing in the country.

In the midst of media blackout, misplaced priorities, and unaccounted blunders, the Filipinos should more than ever call for mass testing now! [P]