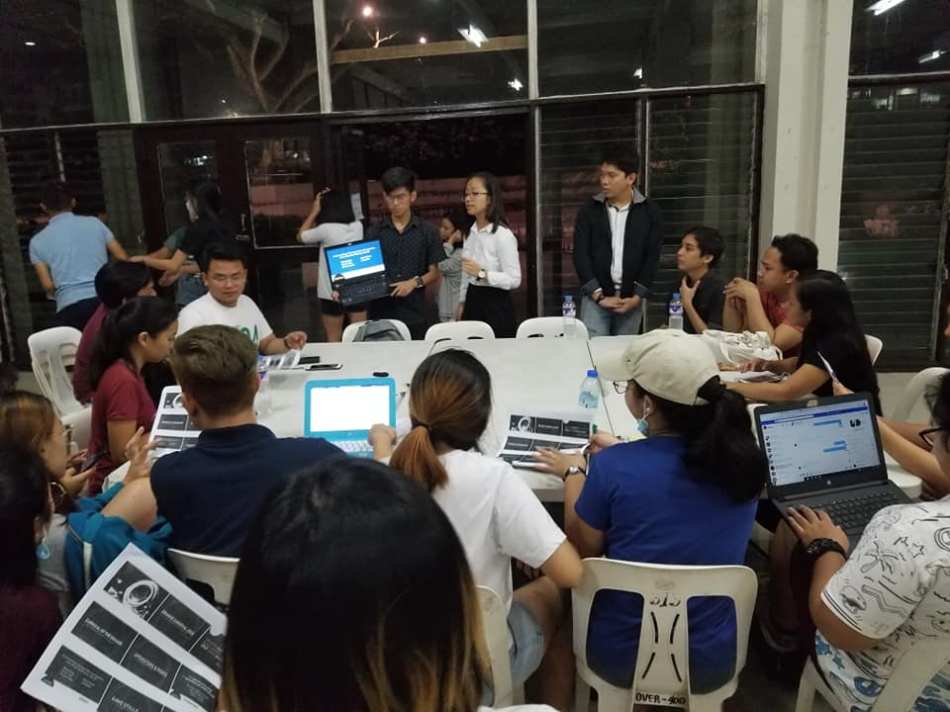 As agreed in the emergency meeting for the General Assembly of Student Councils (GASC), last July 8, Resolution 2020-16 will be followed. Also known as “A Resolution to Ensure Continued Representation in the Board of Regents and Student Institutions of the University of the Philippines in light of the Covid-19 Pandemic,” it stated that the remaining council members will serve in a holdover capacity until an official election takes place.

A change in management

Due to graduating or transferring to other campuses, many officers were not able to remain in office despite the resolution in the recent GASC. Among those who graduated include former USC chairperson Jasper Sunga and then-CFNRSC chairperson Richelle Royce Tapulao.

In his resignation letter, Sunga informed the council of his decision to step down, and the factors involved in the matter.

“I, Jasper R. Sunga, would like to inform the body about my graduating status this second semester of [the] academic year 2019-2020 and that I will be officially graduating and participating in UPLB’s 48th commencement exercises on the 15th of August 2020.,” Sunga wrote in his resignation letter.

“In light of the pandemic bringing about the resumption of the council roles dedicated to the UFC until the next academic year 2020-2021 and my recent acceptance into the UP Diliman as a transferee, I am officially stepping down in my role as the UFC chairperson effective immediately,” Oquiza wrote in his letter of resignation.

“Due to my inability to meet this requirement as I am no longer a constituent of the University, it is only just that I accordingly relinquish my position,” Oquiza wrote further.

Former vice-chair Jomari Vergara took over from Oquiza following his departure. Vergara’s appointment as chairperson was in-line with Article IV, Section 4. A. of the UFC constitution which states that “any permanent vacancy in the Office of the Chairperson shall be filled by the Vice Chairperson.”

Meanwhile, the CASSC are yet to deliberate on the College of Arts and Sciences’ (CAS) representative to the USC, as vice chairperson Kleign Evangelista has recently graduated. Meanwhile, councilor Mathew Yarcia will also be transferring to UP Diliman.

On August 12, CFNRSC chairperson Richelle Royce Tapulao and councilor John Lendle Bardillon also resigned from their posts. Vice-chairperson Jumar Penuliar is now the incumbent chairperson. Meanwhile, is appointed as the vice-chairperson after an internal election was held on the same day.

Alongside Tapulao, John Lendle Bardilon stepped down from being vice-chairperson due to “personal and academic reasons.” In his place was councilor Gean Celestial.

On August 7, CEMSC chairperson Jashley Nicole Bolus and vice chairperson Rizza Mae Acacio, who are both graduating students and were only finishing their theses, resigned from their positions.

According to Bolus, she resigned from her post in pursuit of a “career opportunity that is aligned with [her] personal goals.” Acacio, on the other hand, resigned to help with her family expenses amid the pandemic.

“I would like to direct more of my attention to finding a job that financial[ly] aids my family’s expenses amidst the pandemic. I believe it is unjustifiable for the current members of the student council and the CEM student body to have their Vice-Chairperson performing minimally,” Acacio stated in her resignation letter.

No student left behind

In line with the common goal of upholding student representation, all councils have pushed for the immediate postponement of classes until the state and the university provide the students and the staff with necessary services to ensure safe, quality and accessible education..

Among such initiatives included USC’s joint letter with Rise for Education Alliance-UPLB (R4E-UPLB) last August 16, and the CEMSC-supported R4E and All Student Councils Assembly’s  “No State Services, No Classes. Postpone Now” campaign.

“The primary goal of [the] USC ever since is to assert genuine student representation and always be in the forefront of the fight for nationalist, mass-oriented, and scientific type of education,” Aurigue said regarding their letter.

According to Celestial, the CFNRSC as well are vouching to postpone classes to the College of Forestry and Natural Resources (CFNR administration), as most classes would work with laboratory activities and field tasks.

“Since most of our classes are laboratory and field based, the student council is proposing to the college administration to postpone the classes,” Celestial said.

Celestial further explained that CFNR students have already encountered problems even in the college’s pre-registration alone. With other factors considered, many students may be unable to enroll a sufficient number of units to satisfy the minimum academic load requirement.

In response, the CFNRSC sent a letter to the CFNR administration to appeal for a consultation with the students in order o share their concerns.The council has yet to receive a response from their college administration.

“The CFNRSC stands that no student should be left behind,” Celestial emphasized.

Vergara stated that in these uncertain times, the incoming freshmen need help and guidance now more than ever. He further emphasized that the main objective of the council is to serve as representatives of UPLB freshmen.

“I think that during these times of uncertainty, mas kailangan ng mga freshmen ng help and guidance so we’ll do our best to help them cope up with our current situation and to learn what it means to be an Isko/Iska,” Vergara said.

Meanwhile, Severino explained that the council plans to hold a modified version of their usual activities online in order to accommodate students with the changes. One such activity would be the modification of the Youth Activation Summit (YAS), described as “a forum/seminar that focuses on providing an avenue for students to learn more about agribusiness sectors and business skills.”

To address the decrease in the council’s manpower, Aurigue stated that the USC will be coordinating with student alliances to send representatives who will serve as the council’s ex officio members.

On the other hand, Celestial stated that the CFNRSC will gather representatives from each of the academic organizations of the College of Forestry and Natural Resources (CFNR) to partake in council activities as ex officio members.

“We asked for one representative per organization which will be part of our ex officio members. Basically, they are ‘glorified’ volunteers who will take part in council works and decision making, but won’t have any voting power,” Celestial explained.

Meanwhile, Severino stated that the CEMSC will be opening ex officio positions in the form of department representatives and will soon be accepting applications for the council’s Volunteer Corps which will be open to students of the College of Economics and Management (CEM).

As for the vacant seat in the UFC, Sison stated that whoever would take over as vice chairperson-external is yet to be decided.

“We are yet to meet regarding who will be appointed to replace Vergara in the position he left vacant,” Sison said. [P]