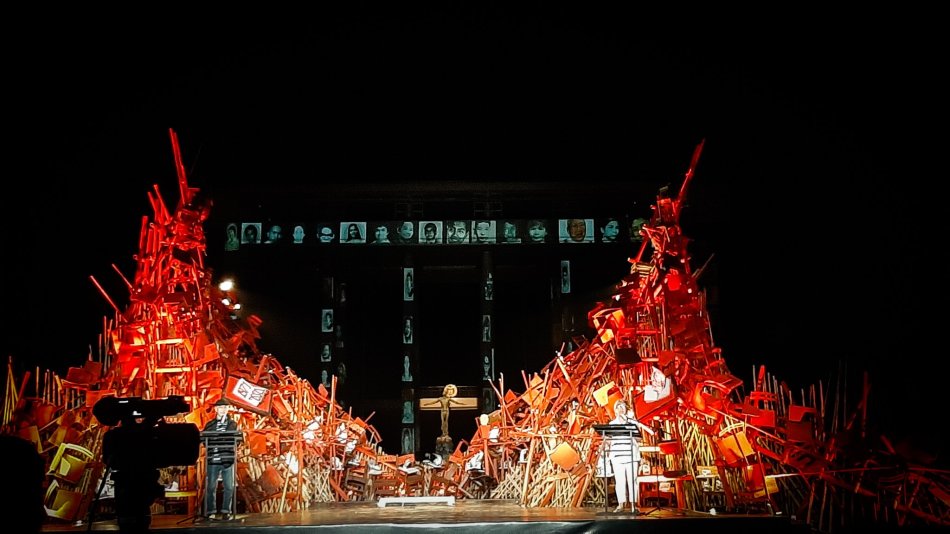 Does the end justify the means? Asking for a friend.

Our academic institutions are being stifled by uniformed personnel with the termination of the University of the Philippines – Department of National Defense Accord. As the current administration continues to tighten its grip, the more students and alumni speak up against their dangerous conclusions.

Police brutality and other human rights violations have become the new normal. It is not unusual to hear stories of how farmers were killed in the countryside. It is not unusual to learn that activists were being detained. Never mind that a mother and child died and that a flight attendant passed away without knowing the entire story.

Silencing critics and dissent surfaces cowardice among their ranks. Just like Santa Claus, they have a list of naughty or nice and so they red-tag left and right. An ambiance of animosity embraces us all not knowing who comes next.

In turbulent times, we find solace and courage among our circles. Let these circles echo in a bigger chamber than what we currently have. It is time to bridge the gap. A solid stance is only possible with solidarity. Why divide when we can unite?

With boundless creativity, art can bring people together. Visual artist Abdulmari ‘Toym’ de Leon Imao set up an art installation in front of the Oblation. Inspired by the Diliman Commune, red bamboo sticks and defective armchairs were used for the said installation. His art gained both support and criticism.

Art is a stronghold for freedom of expression.

It plays its role to inspire emerging and established artists. Artists continue to create in their own pockets of hope. “Art is not a mirror held up to reality but a hammer with which to shape it,” said playwright Bertolt Brecht.

From colorful and arresting digital illustrations to symbolic eye-catching cartoons, social media is flooded with the young, bright and ‘woke.’ Not to mention the shady to sarcastic memes that have its niche in the internet. Online spaces have turned into a sharing platform; opening up a plethora of information for most.

As mentioned in the Culture of Proximity, a study by Viacom, the increasing use of social media now has the power to influence decision-makers. For what used to be a one-way communication from big media to citizens has turned into a two-way dialogue. A simple celebrity tweet echoes throughout the internet as art can be shared twenty times over.

“Maswerte ka dahil nakakapagbasa ka,” as said by a professor. This statement rings true with the power of a click. At a time when fake news and misinformation is rampant, the online realm has also become a battleground for ideas. Share if you dare. Explain that you care and why they should as well. There is a time to express fun and happiness and there is a time to channel rage into compassion.

Generations beforehand left behind a legacy from which the generation today should learn from. Seek answers to difficult questions. Delve into history and unearth stories that should have been told time and again. Be on the search for inspiration in hidden pages.

As they come in with rifles, the pen and paper can also be a testament to the importance of ideas. Write. Draw. Paint. Make music. Participate in your own capacity, to each his or her time. Until then, we find ourselves and our purpose in the bigger scheme of things. [P]

Photo from College Editors Guild of the Philippines / Twitter