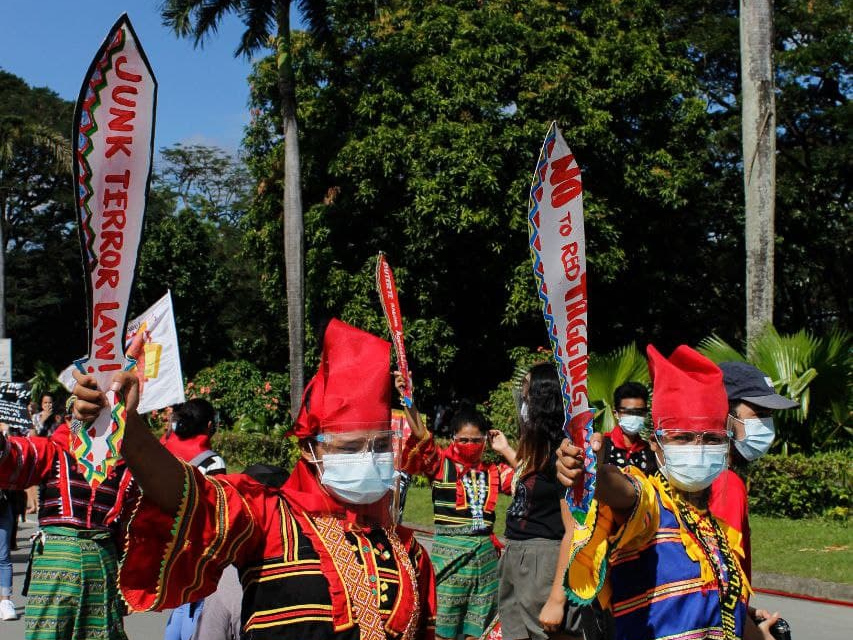 Lumad communities had been heavily displaced far from their ancestral lands for quite some time already. Most of them moved to cities or nearby communities. Some took refuge inside universities, away from all the harassments and abuses of armed men. However, recently, another Lumad school found itself raided by the PNP where 26 teachers, students, and Lumad leaders were put in jail. All of this happened under the veil of a “rescue operation” inside a university in Cebu.

Schools should have been a zone of peace, but peace is a privilege if you are living under a tyrannical regime. This is especially true for a lot of Lumad schools that were closed by the Department of Education and ransacked by armed forces. We have seen 178 schools shut down since 2016 and the number continues to rise.

What bothers me more is the number of harassments inflicted upon the Lumad communities. According to Save Our Schools (SOS) Network, there are about 584 cases of attacks, which includes extrajudicial killings and sexual harassment on top of human rights violations. The AFP-PNP is also actively red-tagging these schools, claiming that they are breeding grounds of New People’s Army (NPA) revolutionaries without any solid evidence to show.

I still remember the art exhibit in Diliman that featured the artworks of young Lumad. They featured burning trees, soldiers pointing guns to them, chaos, and blood, among others. I can only imagine the trauma that these children had to go through and battle every day. So there is no surprise if some of them will pursue a path of armed struggle. Who will save you if the people who ought to protect you are the ones killing you?

In a recent interview, the chief of police Deblod Sinas said that some of the children confessed that they are being groomed as combatants and are indoctrinated as communist rebels. Contrary to this statement a social welfare in Cebu DSWD said that the children mentioned nothing about being indoctrinated. The children unanimously testified that they are only being taught to read and write and are all well taken care of inside the perimeter of the school.

It is really painful to hear the cries of men, women, and children from a video taken in a mobile phone in that said rescue operation. One thing is for sure, it is unclear who they are rescuing these children from.

One by one, Lumad schools are being shut down. More lost opportunities for these children to learn and more dreams are deferred if not broken. I can not stop thinking, who are these uniformed men and women serving for? Because clearly, in that video, they are not serving the poor and the underprivileged. They operate almost like a private militia following blind orders from men sitting on leather swivel chairs.

Sadly, the displacement of Lumad communities are not isolated cases. More indigenous communities face the same predicaments of defending their ancestral lands from government forces and private companies. The Dumagat in Southern Tagalog are threatened to lose their ancestral domain in light of the creation of the Kaliwa dam. Aetas of Tarlac were displaced in exchange of the New Clark City and Mangyans of Mindoro were forced to vacate the mountains because the AFP continues to bomb their villages.

I can only imagine the amount of violence these people have seen in their lifetime and that would not stop me from fighting for the lives of my fellow Filipinos. I whole-heartedly condemn this act of violence from PNP. The PNP should be serving in the interest of the masses and should not act as if they are above the law and the lives of the Filipino people.

Schools should have been an environment to nurture minds to think critically. It has no place for violence nor force. So please hands off our youth and keep out of our schools! [P]

Kennlee Orola is an Agricultural Biotechnology sophomore student who loves photography, hiking, and reading novels. In his free time you may see him walking around freedom park at night or reading on a bench around campus.

0 comments on “Let our schools be zones of peace”