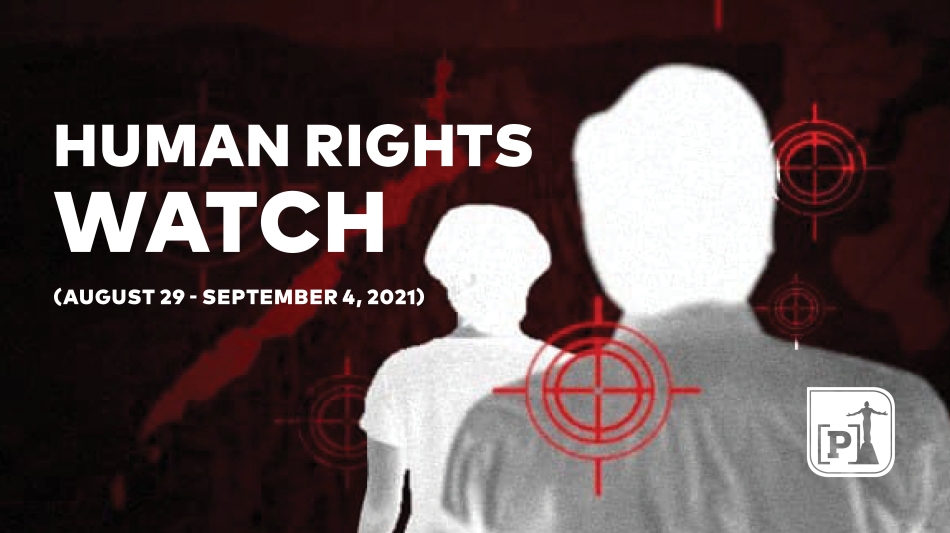 The Southern Tagalog region remembers ex-Bagong Alyansang Makabayan (BAYAN) Cavite Spokesperson Emmanuel “Ka Manny” Asuncion on what could have been his 51st birthday last September 1. Asuncion being one of the many who were killed in COPLAN ASVAL, otherwise known as “Bloody Sunday” (READ: Expert confirms Bloody Sunday deaths intentional, demands probe).

In the midst of it all, an agriculturist who was missing for more than a year turned-up dead in a Metro Manila hospital, while a former progressive reportedly turned to the state’s side and participated in the forced surrender of about 50 farmers. Here are all of the human rights violations reported this week.

Former program coordinator of Central Visayas Farmers for Development Center (FARDEC) and agriculturist Elena “Lina” Tijamo was reported to be “dead” minutes after she called her brother that she’s in good condition last Saturday. She was 58.

More than a year ago, Elena was reported to have been captured by four unidentified men in her home in Brgy. Kampingganon, Bantayan Island, Cebu. Her whereabouts were not known at that time.

Human rights alliance Karapatan – Central Visayas reported that a certain “Michael” called Carlos, Elena’s brother residing in Metro Manila, that his sister has passed away due to an alleged goiter operation. This was minutes after Elena called Carlos telling him she is well and would soon be discharged from the hospital.

Although Dawn, Tijamo’s daughter, confirmed that her mother was suffering from a goiter disease, it was said to not be a “totally serious” condition that would have required surgery.

As of press time, Carlos is unable to claim Elena’s body and it was registered by a certain Neil Reyes under the name of ‘Ava Perez Reyes’, claiming to be the latter’s nephew.

Karapatan-Central Visayas claims that the family do not know anyone named ‘Michael’ nor ‘Neil Reyes’.

“These circumstances and these false names continue to hinder the family from claiming the body,” says Karapatan-Central Visayas.

Two uniformed police personnel were caught distributing red-tagging to evacuees at the Cebu International Convention Center’s (CICC), ANINAW Productions reports. Specifically, they were distributing to members of Tipolo Residents Association (TRA-Kadamay), an association of Brgy. Tipolo, Mandaue City who lost their homes due to a 2019 fire that scorched the homes of about 1,200 families.

It was also said that the authorities “guaranteed” that sacks of food, the police took pictures of the members who received the flyers would be given to recipients.

TRA-Kadamay, as mentioned in ANINAW Productions’ report, believes that this is a way of the authorities to evict them, instill fear, and deter members from participating in rallies.

50 farmers were forced to surrender by the 59th Infantry Batallion, Bayan Muna Southern Tagalog says. The farmers were said to be legitimate members of the Coco Levy Fund Ibalik sa Amin (CLAIM) – Quezon, who reside in areas such as Brgy. Candangal in Macalelon, Quezon.

Armed Forces of the Philippines (AFP) and the National Task Force to End Local Communist Armed Conflict (NTF-ELCAC) were said to have been accompanied by ex-Karapatan-Quezon secretary general Genelyn Dichoso. She was previously supported by the human rights alliance in her fight to clear her attempted homicide charge, and is now believed to have “endangered” the farmers (READ: HR group call to drop Karapatan Quezon sec-gen’s trumped-up homicide case).