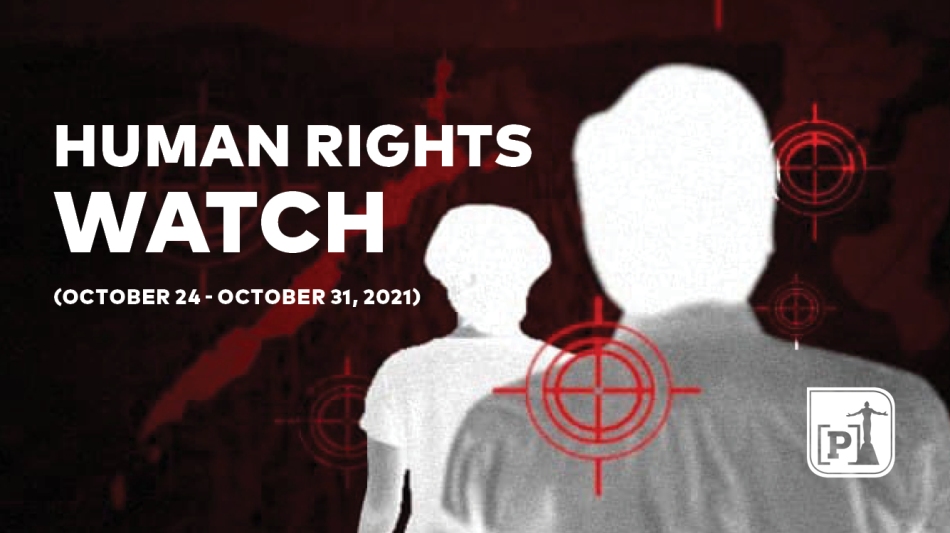 Last October 30, students from St. Louis University (SLU) staged a candlelight protest to call on the school administration for justice after at least one student committed suicide, among several unverified such cases. They continue to demand their administration for a genuine academic break, as well as for sympathy and compassion amidst a difficult online setup.

As calls for #ligtasNaBalikEskwela and genuine academic breaks were amplified in light of the tragedy, this week also saw the continuous attack against journalists. Meanwhile, the state’s attacks against farmers persist, as progressives mourn the more than 30,000 killed during the War on Drugs.

Here are the human rights violations reported for this week:

CLAIM Quezon helps coconut farmers in the Quezon province. For multiple times, they have faced numerous trumped-up charges and have been constant victims of red-tagging by state forces.

After the shooting, civilians then took turns in beating the soldier. The latter was said to be stationed in Brgy. Metebagao and was only in Calapaton to attend the said festival.

“Red-tagging materials” against the Makabayan Coalition were found all over Metro Manila, Kilusang Mayo Uno (KMU) says. These included various tarpaulins containing black propaganda against the candidates of the said coalition.

KMU condemns the red-tagging scheme, putting the blame on the National Task Force to End Local Communist Armed Conflict (NTF-ELCAC), who they said are the only ones capable of such schemes with its P19-billion budget.

Broadcast journalist and block time anchor Orlando “Don Don” Dinoy was shot dead in his apartment in Bansalan, Davao del Sur by unidentified assailants, CEGP says. He was said to be shot at close range inside his makeshift broadcast booth.

Now the 22nd journalist to die during Pres. Rodrigo Duterte’s term, Dinoy served as a correspondent for Sunstar Davao and the Philippine Daily Inquirer.

It can be recalled that just last July, fellow journalist and radio blocktimer Renante “Rey” Cortes was shot and killed just outside his station in Cebu (READ: LIST: Human rights watch [July 18 – 24, 2021])