Despite protests from student councils (SCs) against the conduct of the said forums across all campuses of Batangas State University (BatStateU), the Philippine Air Force (PAF) Air Education, Training and Doctrine Command (AETDC) conducted its second forum in BatStateU last December 3.

Alangilan SCs reportedly did not inform students about the latest forum, standing ground at the hopes of boycotting the said seminar. The forum was then only attended by professors and officials from the Office of the Vice Chancellor for Academic Affairs.

Meanwhile, the event’s Facebook live stream peaked at only five viewers. This pales in comparison to the 200 viewers of the previous forum, which was also held and organized by the PAF AETDC with BatStateU Pablo Borbon (PB) Campus administration last November 26. 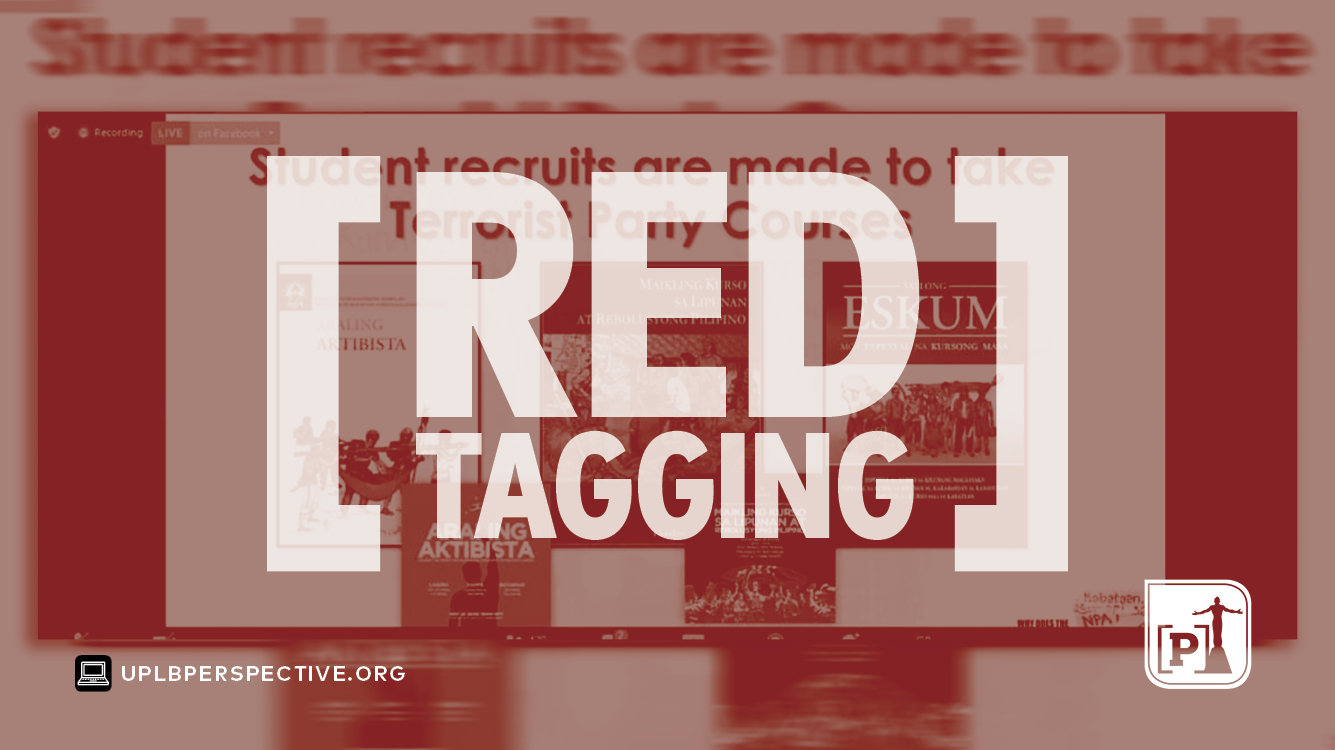 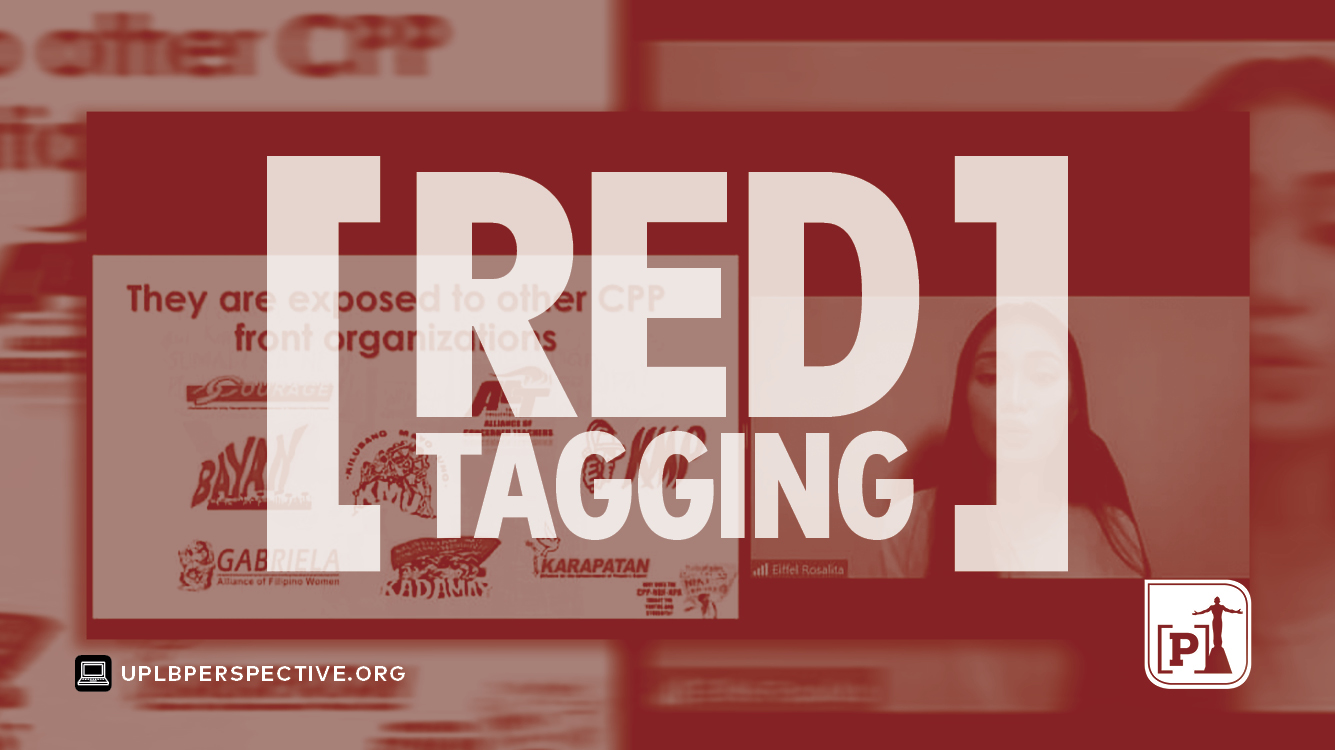 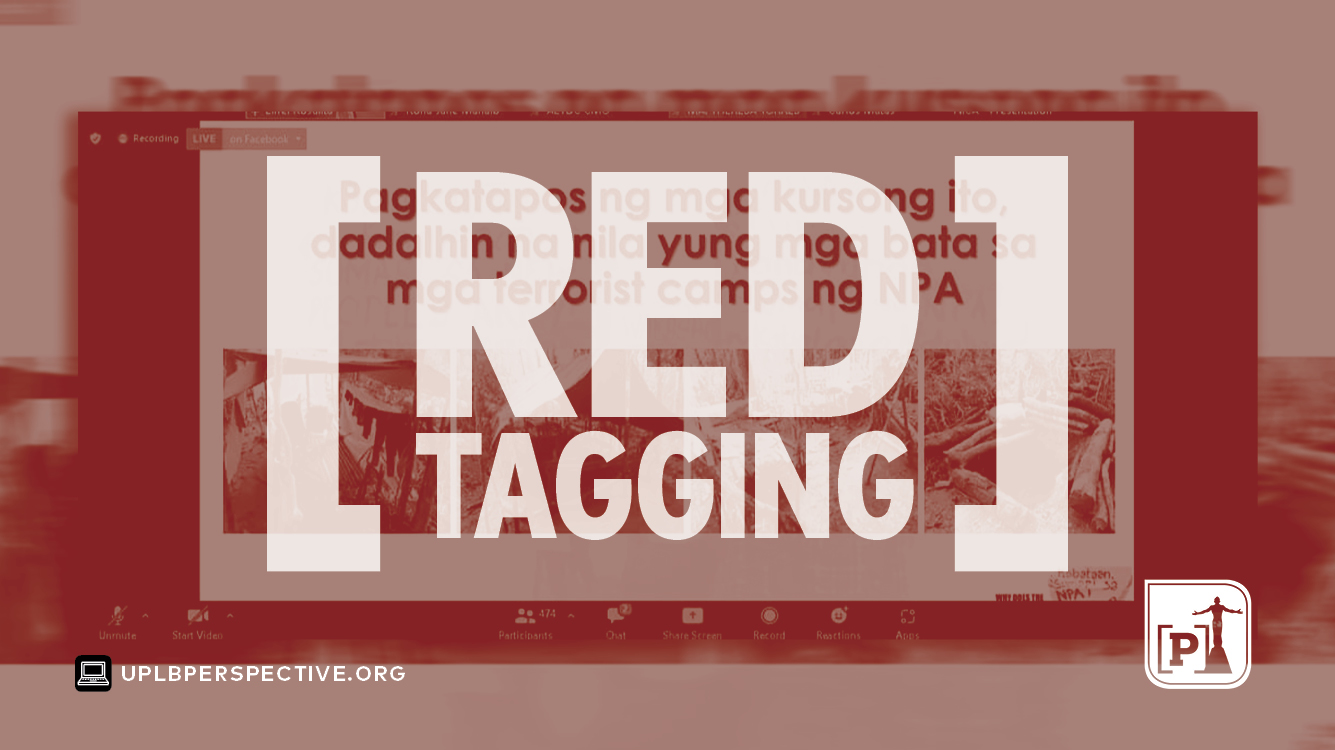 “The forum claimed that joining mass organizations will lead to affiliation with CPP-NPA. The forum also argued that after reading and taking courses like ESKUM [Espesyal na Kursong Masa], MKLRP [Maikling Kurso sa Lipunan at Rebolusyong Pilipino], and ArAk [Araling Aktibista], the students will be brought into ‘terrorist camps.’ These statements are desperate lies and antagonism,” Alangilan College of Engineering, Architecture, and Fine Arts (CEAFA) SC wrote in a Facebook post.

Roland Reyes, former president of College of Arts and Sciences in BatStateU, shared that all throughout the PB campus forum, students have been calling for reliable evidence. However, the meeting’s chatbox function was soon disabled.

“When we were given the opportunity to speak in the open forum, we were given backhanded answers, praises sa administration, and harap-harapang pag-sway sa topic at hand,” Reyes said in an exclusive interview with the Perspective.

[“When we were given the opportunity to speak in the open forum, we were given backhanded answers, praises for the administration, and blatant swaying of the topic at hand.”]

[“We view this as misconstruing what was said by Sison that if there’s anything we can get from the statement, it is the solidification that these progressive groups that they are desperately red-tagging are legal and democratic; there is no statement linking civilian activists to armed rebels.”]

Macatangay added that the events are clear manifestations of the consolidation of the National Task Force to End Local Communist Armed Conflict (NTF-ELCAC) with armed state forces.

Reyes said they received the news about the forum at PB campus two weeks before it was held. According to him, “There’s no denying that NTF-ELCAC has been the machinery behind these interventions kasi on the onset of the program, kasama na do’n sa pagbati nila ay pag-mention ng NTF-ELCAC at sa end ng meeting, they also mentioned ‘Mabuhay ang PAF, ang NTF-ELCAC’  kaya ‘yung preconceived notions na baka NTF-ELCAC ito [forums] is totoo, NTF-ELCAC-led nga.”

[“There’s no denying that NTF-ELCAC has been the machinery behind these interventions because on the onset of the program, their greetings at the start and end of the meeting included mentions of the NTF-ELCAC and ‘Long live the PAF, the NTF-ELCAC’, so the preconceived notions that these forums might be from NTF-ELCAC is true, they are indeed NTF-ELCAC-led.”]

In a Facebook post by The LATHE, the official student publication of BatStateU – Pablo Borbon Campus, they stated that the peace forum included “graphic presentation of uncensored dead bodies”, despite the campus chancellor’s claim that the forum’s content was reviewed.

“This program is for students’ welfare. This activity has undergone a series of tests and was reviewed to inform students properly on what they should know, and what they should believe,” PB Campus Chancellor Dr. Expedito V. Acorda reportedly said in his opening remarks.

Reyes believes that what happened in BatStateU was “pressure politics” at the expense of the students. He added that the same pressure politics also happened when BatStateU students clamored against the late dictator’s daughter, Senator Imee Marcos, when she conducted a youth forum in the university.

Two months prior to the BatStateU seminar, a similar forum was held in De La Salle Lipa (DLSL), which was spearheaded by the same elements from PAF.

[“In the case of DLSL, the student government questioned the event because they were not briefed regarding the content and they do not stand for the points presented in the webinar.”]

Campaigning for a safe haven

In an interview with the Perspective, Youth Movement Against Tyranny Southern Tagalog (YMAT-ST) spokesperson Jainno Bongon stressed that under the Duterte regime, students are more active when it comes to voicing out their concerns on online learning and the pandemic response.

[“Schools are avenues for critical thinking; students engage with discussions about socially-relevant issues that is why they are being targeted by the NTF-ELCAC and other state forces.”]

Bongon introduced the Safe Haven Initiative, a safe spaces campaign by YMAT-ST in relation to the welfare of students and teachers advocating for various issues on peace, genuine agrarian reform, and social justice.

[“The goal is to create unities with school administrators to protect students and teachers, especially those who express their opinion on social issues or even those who study these issues to protect them from political persecution done by the state.”]

Bongon lauded the stance and response of students in the seminars and reiterated the need to exercise academic freedom by joining campaigns such as the Safe Haven Initiative.

Reyes echoed the same sentiments and stressed that the university should be the bastion of truth, instead of submitting to fear and intimidation.

“We need accountability [from BatStateU] that they foresaw what would happen in the event. It’s the university na hinayaan na magkaroon ng ganitong falsified statements from the military and it’s the students who called for credible resources and fact-checking,” he added.

[“We need accountability from BatStateU that they foresaw what would happen in the event. It’s the university who let falsified statements be spread by the military and it’s the students who called for credible resources and fact-checking.”]

In addition, Macatangay urged the youth to continue mobilizing to become instruments of social change.

Lyzander Mariño, deputy head of Bahaghari Batangas Organization Development Committee and Kabataan PL Batangas member, emphasized the importance of the role of student councils and all students in general.

[“The roles of everyone are important, not just those of the student leaders. For the student leaders, it is important that we stay critical of the activities being conducted and we use our positions and opportunities given to us to really fulfill our role as representatives of students.”]

Meanwhile, Macatangay also addressed the involved agencies and state forces and emphasized that it is only proper to cut the budget of the Armed Forces of the Philippine (AFP) and the Philippine National Police (PNP), and to abolish NTF-ELCAC.

“They [state forces] must come to face the fact that legal democratic organizations, and progressive groups and individuals have independent socio-economic and political dynamism to serve the students, youth, and the masses that the government not only fails to protect and serve but actively betrays towards harassment and oppression,” Macatangay added.

Without peace and order

Less than a week before the incident in BatStateU, the NTF-ELCAC launched a series of seminars in various barangays in Calamba City, Laguna, where senatorial aspirants Elmer “Ka Bong” Labog at Atty. Neri Colmenares were also red-tagged.

In a Facebook post, Anakbayan Calamba said that one “Rico Cordero” led the program by allegedly throwing accusations and spreading false information that progressive groups were affiliated with the CPP-NPA-NDF.

According to the group, members of KASAMA Lupang Ramos and Samahang Magbubukid ng Kapdula were told to attend a “meeting” for the barangay, which turned out to be a seminar by NTF-ELCAC.

In an interview with the Perspective, KASAMA-TK spokesperson Felizardo “Ka Zarding” Repaso said that in the line of peasants, the NTF-ELCAC’s primary objective is to prevent the awareness and unity of the people in forwarding calls to increase the price of copra, to junk rice tariffication law, and to solidify farmers’ claims to coco levy funds.

[“The NTF-ELCAC say that this is for progress; like what Duterte has said that the one true problem in the country is insurgency – communists, the NDF, and others. With regard to the seminars being conducted, these are supposedly on how to solve insurgency and achieve progress; they don’t want the people being informed.”]

Ka Zarding added that intels visit houses and ask for residents’ personal information, including organizational affiliations. He also mentioned that this systematic conduct of activities to strike fear among farmers and residents is backed by funding of the NTF-ELCAC’s forced surrender program, where each surrenderee is equivalent to a certain monetary value (READ: 485 coconut farmers from Quezon coerced by state forces to surrender as affiliates of CPP-NPA-NDF).

Besides instilling fear, Ka Zarding also said that these meetings create commotion or a “civil war” among residents. He cited his personal experience when a police or barangay blotter was issued against him.

[“The barangays who were supposed to ensure the safety and stand by their constituents are the ones used, for example, they are the ones who sign the blotter.”]

However, he affirmed that members of peasant organizations understand that the blame is on the NTF-ELCAC who pressures local government officials.

Ka Zarding also said that the government took advantage of the current pandemic situation to pass the anti-terror law. He mentioned Bloody Sunday as another example of how the military and police forces mobilized to harass and even kill peasants from progressive groups (READ: 5 patay, 7 arestado matapos ang ‘Bloody Sunday’ sa Timog Katagalugan).

In an official statement by KASAMA-TK, it was reiterated that the NTF-ELCAC presented their goal to achieve peace and a conflict-free government by directing “local executives” to protect the vulnerable sector. The agency’s spokesperson also reportedly “bragged” about the Philippine National Police (PNP)’s duty: “peace and order”.

[“To proudly say that the NTF-ELCAC is for peace is a huge lie when their record is full of intimidation and harassment against peasants. The NTF-ELCAC will not deceive the Caviteño farmers until the agency does not recognize that the absence of a genuine land reform is the primary reason for armed struggle in the country.”]

Meanwhile Ka Zarding reminded peasants to be vigilant while still continuing to register the calls for their rights.

[“It is important to be more vigilant since we are the main target. There is no need to say the reason behind our actions because the farmers know the reason well: the criminal negligence of the Duterte government. The problem won’t be solved inside our houses that is why we call for everyone to go out the streets and register our demands.”] [P]